Did the Apollo Lunar Module Have a ‘Throttlable’ Engine?

Car and Driver magazine (May/2018, p.116) interviewed Craig Breedlove, 81, holder of landspeed records during the 1960s, including 600+ mph.  Breedlove claimed Gerard Elverum “did the Apollo lunar descent engine for TRW. He’s the guy who invented the pintle injector that they used to make the throttlable rocket engine so they could take the lander and fly it down to the surface of the moon. Currently they’re using his injector in all the SpaceX rockets that they can take back down and land on their tails. It was a big breakthrough in rocketry. ”

What do you think?

Thanks Morgan, As you know the Lunar Excursion Module never worked and in the only flight it ever made Neil Armstrong had to bail out after 30 seconds of flight. The LEM crashed and burned. [Note: Morgan added hyperlinks].

My friend Bob Lazar told me that even if a pintle injector worked that it would not be possible to use it on the SpaceX. The reason being that the Lunar Excursion Module used liquid fuel and a liquid oxidizer on which a pintle injector would theoretically work. 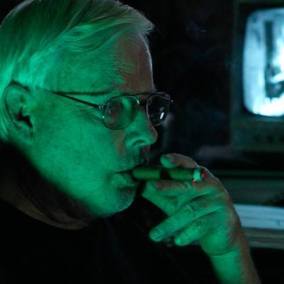 However the SpaceX uses a hybrid engine using solid cast fuel and has liquid nitrous oxide pumped through the center of the solid fuel plug which would make it impossible to use a pintle injector. The solid fuel is safer because it only uses liquid as the oxidizer. If they had separate tanks (liquid fuel/oxidizer) for the pintle injector it would defeat the purpose of using a solid fuel plug in the first place.

As you probably know the entire Apollo program (as was the Mercury and Gemini programs) were a hoax and few if any flights were ever made, certainly none out of LEO (Low Earth Orbit). The Saturn V which NASA claimed was the rocket engine used in Apollo program never worked and never flew.

What they used on the Apollo launches (faking the moon missions) was a Saturn IVB dressed up to look like a Saturn V. The proof of this is there is no film or video (of the approximately 200 in existence) showing a second stage ignition which, of course, would make it impossible to reach any orbit. NASA used a fake fireworks display to simulate the second stage firing. It was all just pure unadulterated bullshit.

The 40 billion dollars that the Apollo program was supposed to have used went to other Low Earth Orbit space programs like the DEW of which there are about 15 in orbit and a Navy orbiting manufacturing plant where they make the d.d hull material for all of the new Navy boats and ships including submarines and aircraft carriers,

The d.d material is significantly stronger and lighter than titanium or steel and can only be manufactured in a 0G environment. It can be charged with a minimum electrical current which keeps the water from 3 to 7 centimeters away from the hull which allows hull speeds up to at least 100 kts even for massive aircraft carriers. The old maximum speed for a displacement hull equation of 1.34 times the square root of the waterline is not a limiting factor anymore simply because there is no waterline when under way.

Gerard Elverum worked for TRW for 31 years retiring in 1990 as vice president and general manager of Applied Technology Division in 1990.

TRW* is and has been a significant ball player in the ‘hoax the public’ program since its inception. I would be suspect of any word or complete sentence that Elverum uttered.

Please keep in mind the old NASA motto, “the lie is different at every level (of security clearances and technology)”.

All the best, John

*Morgan: According to Mary Bennett and David S. Percy, Dark Moon: Apollo and the Whistleblowers (1999), p. 457: “Prior to replacing Richard Truly as Administrator of NASA in 1992 Dr. Daniel Goldin was relatively unheard of within the business.  He had preceded his NASA job as the low profile VP and General Manager of Thompson Ramo Woolridge, more generally known as TRW, a company which specializes in working with classified reconnaissance satellites.”

How about letting me post my question and your answer on nomoregames.net?

Be my guest. Thanks for asking.
John

This entry was posted in Other Conspiracies and tagged Apollo Moon Landing. Bookmark the permalink.

3 Responses to Did the Apollo Lunar Module Have a ‘Throttlable’ Engine?